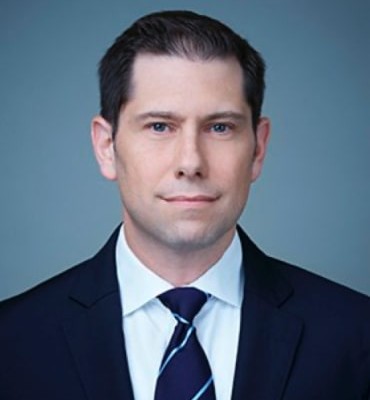 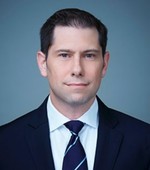 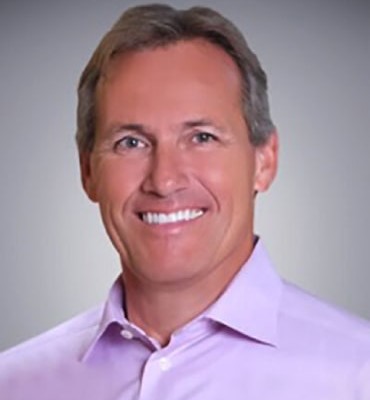 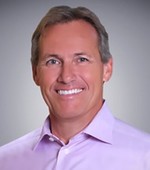 Mr. Beebe has agreed to serve as a member of our board of directors. Since November 2007, Mr. Beebe has been President and Chief Executive Officer of 2BPartners, LLC, a partnership that provides strategic, financial and operational advice to private equity firms and companies in the technology and telecom industries. From 1998 to 2007, he was Group President of Operations at ALLTEL Corporation, a publicly traded telecommunications services company. From 1996 to 1998, Mr. Beebe served as Executive Vice President of Operations for 360° Communications Co., a publicly traded wireless communications company. From 1983 to 1995, Mr. Beebe served in various management roles at ATT, Southwestern Bell and United Telecom/Sprint.

Mr. Beebe’s philanthropic interests include serving on the Board of Trustees of Caron Treatment Centers and serving as the Chair of Caron’s Florida Advisory Board. Caron is one of the nation’s leading non-profit substance abuse treatment organizations. He is also on the Naples Community Healthcare System Board of Trustees, a 700-bed, 775-physician healthcare system serving Collier and Lee counties in Southwest Florida. 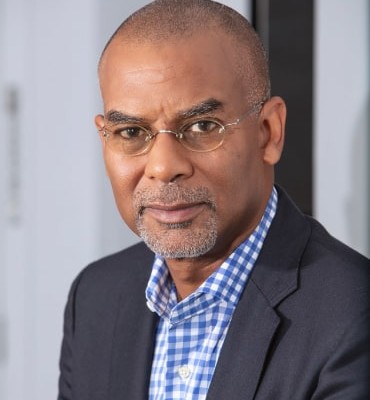 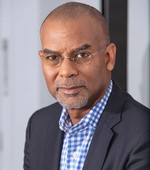 Mr. Brown has agreed to serve as a member of our board of directors. Mr. Brown currently serves as the President of THINK450, the for-profit innovation engine of the National Basketball Players Association. Prior to becoming President of THINK450, he was the Managing Partner of Econet Media Partners. Prior to this, Mr. Brown was Managing Director at Highbridge Principal Strategies (“Highbridge”), an alternative investment management organization, where he focused on media opportunities in the private equity group. Mr. Brown joined Highbridge in 2012 and led the firm’s investment into REVOLT TV, a multimedia platform. He currently serves on REVOLT TV’S board of directors and chairs the compensation committee. Mr. Brown also served as the Chief of Staff to the interim owner of the Los Angeles Clippers in 2014. Prior to joining Highbridge in 2012, Mr. Brown was Vice President of Strategic Initiatives and a corporate officer at Comcast Corporation and also served as a strategic advisor to Comcast senior leadership, crisis manager and negotiations expert during Comcast Corporation’s acquisition of NBCUniversal from 2009 to 2011. Prior to joining Comcast Corporation in 1998, Mr. Brown spent three years practicing law at Helmke, Beams, and Boyer. He also served as an assistant prosecutor for the State of Indiana, and as the Director of Public Safety for the city of Fort Wayne, Indiana. He served on the Fort Wayne Community Schools school board for eight years, presiding as President of the board for two years.

Mr. Brown serves on the board of directors of Altimar I and is the chair of the Nominating Committee and the chair of the Compensation Committee. Mr. Brown has also been named as a director nominee in connection with Altimar III’s initial public offering. Mr. Brown also serves on the boards of directors of HireQuest Inc. and Revolt Media and is a member of both companies’ compensation committees. Mr. Brown has previously served on a number of boards, including the Philadelphia Urban League, Project Home, and on the Board of Advisors for the Philadelphia Chapter of the National Association for Multi-Ethnicity in Communications (NAMIC). He has served as an advisor to The HistoryMakers, TV One, the American Black Film Festival and the Black Filmmaker Foundation. Mr. Brown has also served as a retained strategic advisor to Comcast Corporation. Mr. Brown received a J.D. from George Washington University and a B.S. in Management from Purdue University. 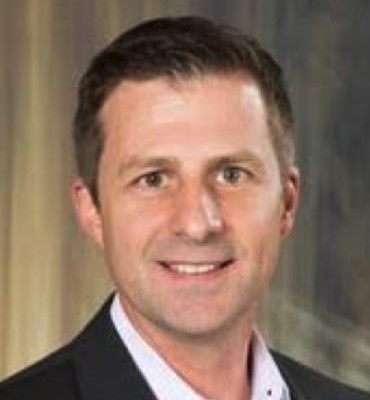 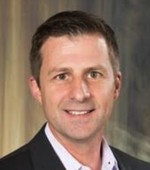 Mr. Jelinek has agreed to serve as a member of our board of directors. Mr. Jelinek is Managing Director at Czech One Capital Partners and an active healthcare investor and executive. Previously, Mr. Jelinek was executive vice president, enterprise modernization and integration at CVS Health. He led the integration efforts related to the CVS Health and Aetna merger as well as the broad scale infrastructure modernization activities. Mr. Jelinek has held senior leadership roles within payor, provider and private equity organizations, including working as an operating partner at Advent International over his 25-year career. Previously, Mr. Jelinek served as executive vice president of enterprise strategy and head of Aetna’s local markets and national accounts operations. For 19 years of his career, Mr. Jelinek served in a variety of executive leadership roles at UnitedHealth Group and a predecessor company, including CEO of OptumHealth and CEO of the company’s Medicaid, Medicare Advantage and Emerging Businesses Group. 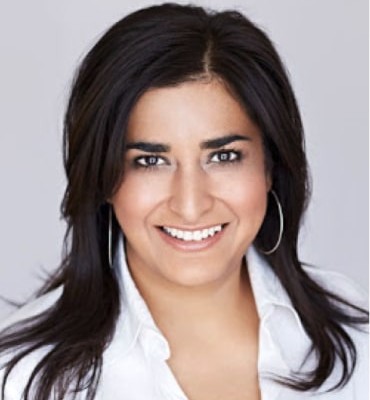 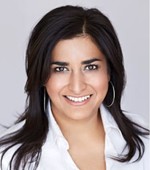 From 2011 through 2015, Ms. Khanna was President of MGM Television Group and Digital where she oversaw creative development and production as well as worldwide TV and digital distribution for branded channels. Under Ms. Khanna’s leadership, MGM Television developed and delivered several critically acclaimed award-winning series, including “The Handmaid’s Tale” to Hulu, “Fargo” to FX, “Vikings” to HISTORY. Prior to joining MGM, Ms. Khanna served as President, Universal Networks International & Digital Initiatives, with NBC Universal. While at NBC Universal, Roma oversaw and grew NBC Universal’s portfolio of international television channels, including the Syfy Channel, 13th Street, Universal Channel, Hallmark Channel, Divatv and Movies24 brands, as well as the Digital Initiatives division. Ms. Khanna has also served as Senior Vice President, Content and Co-Head of Television for CHUM Limited in Canada. Ms. Khanna began her career in digital media with Snap Media and in music at Sony Music Canada.

Ms. Khanna serves as a board member of the Canadian Film Centre and sits on the commercial committee of BAFTA and the advisory board for the Peabody Awards. Since November 2020, Ms. Khanna has also served as the Executive Chairman of HiddenLight Productions Limited. In addition, Ms. Khanna serves on the board of directors of Altimar I and is a member of the Nominating Committee. Ms. Khanna has also been named as a director nominee in connection with Altimar III’s initial public offering. Ms. Khanna has received The Euro 50 award from Eurodata and was the first recipient of Reed MIDEM’s “MIPCube Media Architect of the Future Award” for her pioneering work in the use of new digital platforms. Ms. Khanna earned a bachelor of science from the University of Toronto, a J.D. from the University of Detroit, a bachelor of law from the University of Windsor and an MBA from York University-Schulich School of Business. 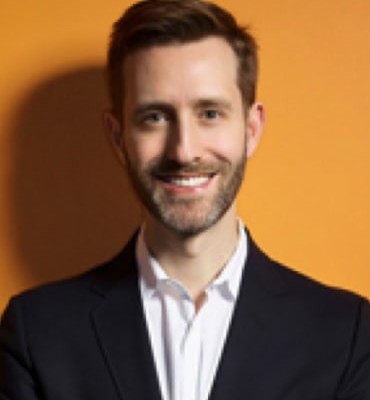 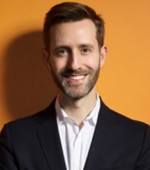 Mr. Rubenstein has agreed to serve as a member of our board of directors. He is an entrepreneur and executive who played a key role in building AppNexus, which was acquired by AT&T in 2018, and DoubleClick, which was acquired by Google in 2008. Mr. Rubenstein specializes in marketplace strategy, win-win partnerships, developing talent, and building high-performing go-to-market organizations that create global impact.

At AT&T, he served as President of AppNexus (re-branded Xandr), where he oversaw go-to-market for the company’s digital ad platform. Prior to AT&T, Mr. Rubenstein spent nearly a decade as President and Board member at AppNexus, and was a chief architect of the company’s growth from startup to a leader in programmatic advertising. Prior to joining AppNexus, Mr. Rubenstein founded and served as General Manager of DoubleClick Ad Exchange, a leading marketplace for programmatic advertising, after joining DoubleClick through the acquisition of Toronto-based smartech startup FloNetwork, later re-branded DARTmail. 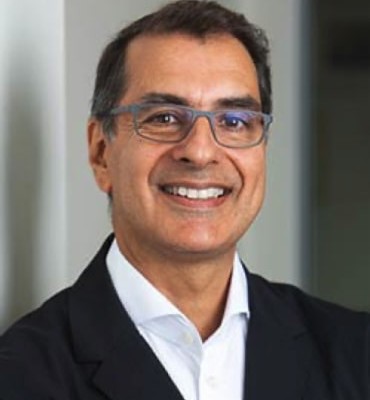 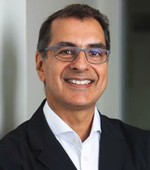 Mr. Sondhi has agreed to serve as a member of our board of directors. Mr. Sondhi is the CEO of NMI. He is an accomplished fintech executive and investor. Mr. Sondhi ran Visa’s CyberSource and Authorize.net businesses, was head of Visa’s corporate strategy and launched Visa’s flagship One-Market Innovation Center. He served as chief financial officer for three private equity and venture-backed companies spanning a wide variety of fintech solutions, including ERP accounting, point-of-sale systems, hospitality reservations and billing, plus financial document management, where he raised private capital, executed merger and acquisition transactions and oversaw an initial public offering. Mr. Sondhi’s executive career includes senior roles with Oracle-Micros, OpenText-IXOS and SAP. He serves on the boards of Verifone and Tangem. In addition, Mr. Sondhi serves on the board of directors of Altimar I and is a member of the Audit Committee. Mr. Sondhi has also been named as a director nominee in connection with Altimar III’s initial public offering. Mr. Sondhi earned an MBA in finance from Columbia University and a Bachelor of Science degree in computer science from The University of British Columbia. 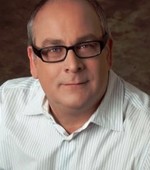